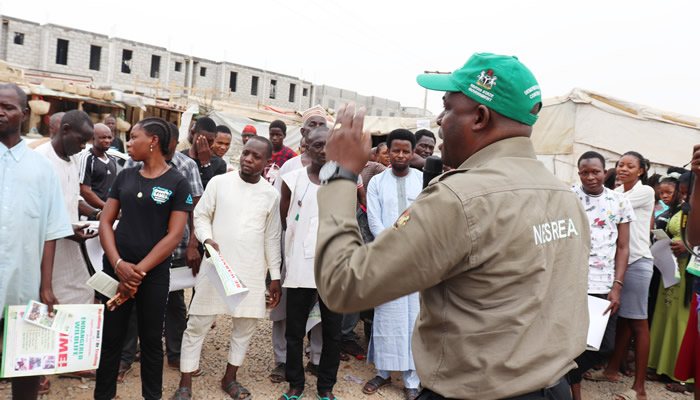 As the global community marks the World Wildlife Day, the National Environmental Standards and Regulations Enforcement Agency, NESREA has stressed the need to protect endangered species in the wild.

The Agency, which is charged with protecting the environment, took its sensitization on wildlife to traders in the Arts and Crafts Market in Abuja.

Speaking during the sensitization, the Director General of NESREA, Professor Aliyu Jauro, who was represented by the Director, Environmental Quality and Control, Mr. Simon B. Joshua, said the day was set aside to draw attention to the need for biodiversity conservation.

“The World Wildlife Day aims to inspire people to take action in preventing or protecting the growing strain on Earth’s Wildlife resources from getting into extinction.”

The NESREA boss pointed out that the depletion of wildlife resources has wide-ranging economic, environmental and social impacts hence the need to step up the fight against wildlife crime and human-induced reduction of species.

He told the traders that animals such as elephants, crocodiles, pangolins, lions, e.t.c fall under the prohibited list and as such trading in them or using their parts for craft products was against the law.

The traders also took time during the interaction to ask questions and were adequately enlightened by the NESREA team.

Enforcement of relevant wildlife laws has earned the Agency lots of achievements with over 1800kg of seized ivories and non-elephant products in the Agency’s custody and culprits have also been prosecuted.