Nigeria and China to go Tough on Wildlife Crimes 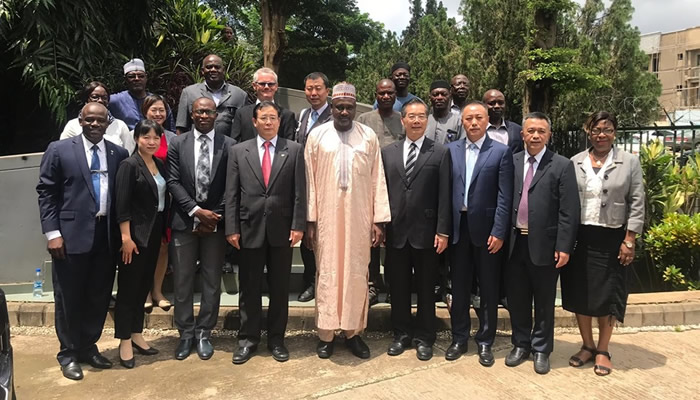 Nigeria and China have concluded plans to implement tougher measures against illegal trade in endangered species of wildlife. This decision was reached when a crack team from Anti-Smuggling Bureau (ASB) of General Administration of China Customs (GACC) and Economics Criminal Investigation Department of Ministry of Public Security China visited Nigeria to work out modalities with the Nigerian government to end transnational wildlife crimes.

The team, led by Sun Zhijie, was at the headquarters of the National Environmental Standards and Regulations Enforcement Agency, NESREA where they were received by the Director General, Professor Aliyu Jauro and the management team of the Agency.

The Director-General took the opportunity, in his welcome remarks, to brief the team on the achievements recorded so far in wildlife enforcement. He said NESREA has developed and operationalized regulations to control International Trade in Endangered Species and was highly scored by the CITES secretariat. One of them,  the National Environmental, (Protection of Endangered Species in International Trade) Regulations S.I. No.16 has been ranked as Category 1 by CITES Secretariat.

The Director-General disclosed further that the Agency also facilitated the establishment of Inter-agency Committee on CITES Enforcement , which  comprises all regulatory agencies in Nigeria , adding that effective collaboration with other agencies to combat wildlife crimes was yielding the desired result.

Though Prof Jauro expressed concern that several Chinese nationals had been implicated in the illicit trade, he said he was confident that working together would bring the wildlife crimes to an end.

Leader of the Chinese delegation, Sun Zhijie, said the team was a special task force and was in Nigeria to work with the Federal Government to track down those behind the wildlife trade.

He also added that the country had strict laws against the illegal trade and its officials were up to task in putting an end to the menace.

NESREA is the designated Enforcement Authority for the Convention on International Trade in Endangered Species of Wild Fauna and Flora (CITES) in Nigeria. The country domesticated the convention through the enactment of Endangered Species Act (ESA) in 1985 which has been reviewed.