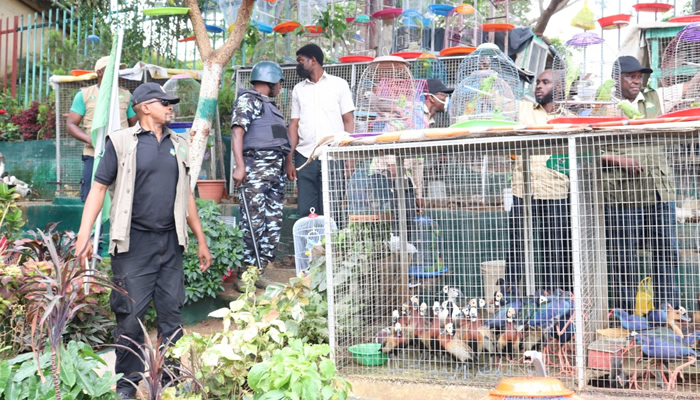 The Director General of the National Environmental Standards and Regulations Enforcement Agency, NESREA, Prof Aliyu Jauro has warned against trading in wild animals and keeping them as pets.

Prof. Jauro gave the warning while briefing the press on the enforcement action carried out against illegal wildlife traders in the Jabi district of Abuja.

He said, “This is a warning to those who engage in this to desist because we will continue to go after them and apprehend them. It is dangerous living with some of these animals as pets because a lot of diseases today are attributed to them.”

“Why catch a wild animal and keep it at home? They are supposed to remain in the wild,” he insisted.

The Director General said the essence of the enforcement was to protect animal species, particularly those that are endangered to prevent them from going extinct, adding that trafficking in wildlife would give Nigeria a bad name in the global community.

He also pointed out that, “Nigeria is found to be a transit hub used by these traffickers as some of these wildlife do not originate from Nigeria. If the enforcement against the illegal trade is not carried out, it may lead to selling to people who might want to take them abroad without permit which is contrary to the Convention on International Trade in Endangered Species, CITES.

Most of the species of animals seized by the Agency are those listed in Schedule I of the Act and Appendix I of CITES which are prohibited.

The country like other parties to CITES has the responsibility to control trade in the species of wildlife. A total of 25 birds (20 parrots, 4 kites and 1 crown bird) were seized from the traffickers and handed over to the National Park Service.