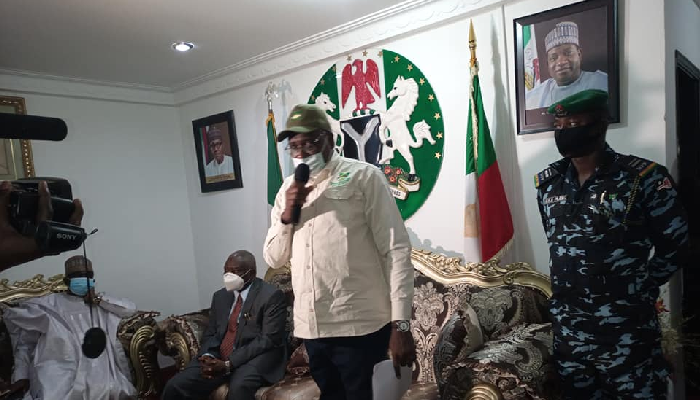 The Director General of the National Environmental Standards and Regulations Enforcement Agency, NESREA, Prof. Aliyu Jauro paid a courtesy call on the Plateau State government while on an official tour in the state.

Prof. Jauro and his delegation were received on arrival by the Deputy Governor, Prof. Sonni Tyoden and members of the Plateau State Cabinet.

The DG seized the occasion to inform the State Government of the plans by NESREA to collaborate with Plateau State on the official flag off of the National Vehicular Emission Control Programme, NVECP, which he said will curtail environmental pollution in the country and also create employment.

He identified illicit mining as one of the environmental challenges in the State stating that, “it is important to carry out mining in a sustainable manner so that the impact on the environment is minimized.”

In his response, the Deputy Governor Prof. Sonni Tyoden said the state government was ready to give the needed support to NESREA to achieve her mandate in the state. He urged the Agency to increase its enforcement activities in the state and ensure that adequate sanctions are placed on environmental offenders.