Federal Government Moves Against Plastics, Phase out in Offing 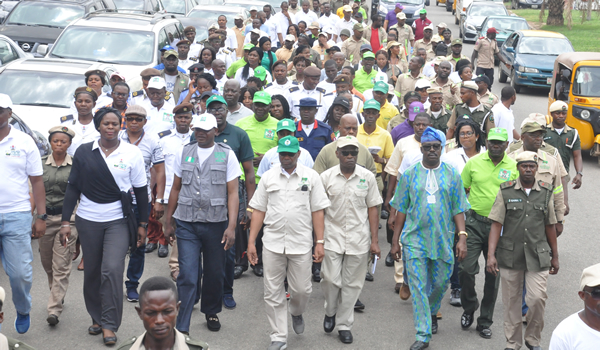 The Federal government says it has developed a national strategy for the phase-out of non-biodegradable plastics in the country, as well as implementing a National Plastic Waste Recycling Programme to establish plastic waste recycling plants across the country.

Speaking at a press briefing as part of activities marking this year’s World Environment Day celebration, on Saturday 2nd June, 2018 in Abuja, the Minister of State for Environment, Alhaji Ibrahim Usman Jibril said the measures were to control the problem of plastic waste and its negative effect on the environment.

Alhaji Jibril also disclosed that plans were on for a National Policy on Plastic Waste Management to regulate the use and disposal of plastics in the country.

He disclosed that as part of efforts to reutilize plastics, “the Federal Government is also collaborating with states to establish plastic waste recycling plants under the Community Based Waste Management Programme of the Ministry.”

“To this end, two plants have been completed in Ilorin, Kwara State; one in Lokoja, Kogi State, while work on another is ongoing in Karu LGA of Nasarawa State. Other locations include Bola Jari in Gombe State and Leda Jari, in Kano State), he added.

At the end of the press briefing, there was a Road Walk from Berger roundabout to Jabi Lake. The Walk was led by the Minister of State for Environment, assisted by the Permanent Secretary in the Ministry, Dr Shehu Ahmed. Also at the walk was the Director General of the National Environmental Standards and Regulations Enforcement Agency, NESREA as well as heads of other Agencies in the Ministry and their staff.